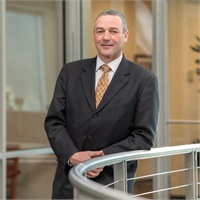 Richard began his career with Prudential Insurance in Troy (Latham) in 1994. As a new insurance representative, he earned “Rookie of the Month” honors 8 times in his first two years. He also received Pru’s “Bronze Circle of Life Award” and “P&C Gold Award” based on production. In 1998, Richard joined the M&T Securities team and helped build their presence in the Capital Region. In 2002, he entered the independent advisor channel. He opened an office in Guilderland where he served his clients for the next three years.

In February of 2005 Richard was offered and accepted a position on the Executive Leadership Team for Sunmark FCU in Schenectady (Latham) as Vice President of Investments. As VP/OSJ/Program Manager he oversaw all aspects of what became a successful investment program. While there Richard created a new property and casualty insurance department for the credit union. The department eventually grew to the point that in 2010 it was spun off into its own entity, SIS Insurance and Financial Services, LLC., which Richard continued to oversee as president.

After 14 years in the banking channel, Richard joined Empire Financial Advisors as an independent advisor. Shortly thereafter he was joined by his previous administrative assistant, Taylor Magee, and long-time friend and LPL Registered Representative, John Rubino. Together they form a strong committed team of knowledgeable, caring advisors.

Richard is a huge believer in giving back to the community and being involved. He is past member of the Shenendehowa and Colonie/Guilderland Rotary Clubs. He is a two-time Paul Harris Fellow, and was awarded the honor of Rotarian of the Year 2009-2010, for community involvement, by the Shen Club where he served on the board for several years. He is a past board member of the Hannah’s Hope Fund, located in Clifton Park. He has participated as a shavee with the St. Baldricks Foundation since 2015, and the Albany Ride for Missing Children since 2018. Richard has been a member of the Guilderland Elks since 2007 and was designated Elk of the Year for 2018-2019 in recognition of his community involvement.

In his free time, Richard enjoys mountain biking, cycling, and the company of his family and close friends.

Richard has his FINRA Series 6, 7, 24, 51, and 63 licenses held with LPL Financial as well as his NYS Property and Casualty Agents and Broker licenses and his Life Accident and Health license.

Check the background of investment professionals associated with this site on FINRA's BrokerCheck.